How to Get an Interview at Bain & Company 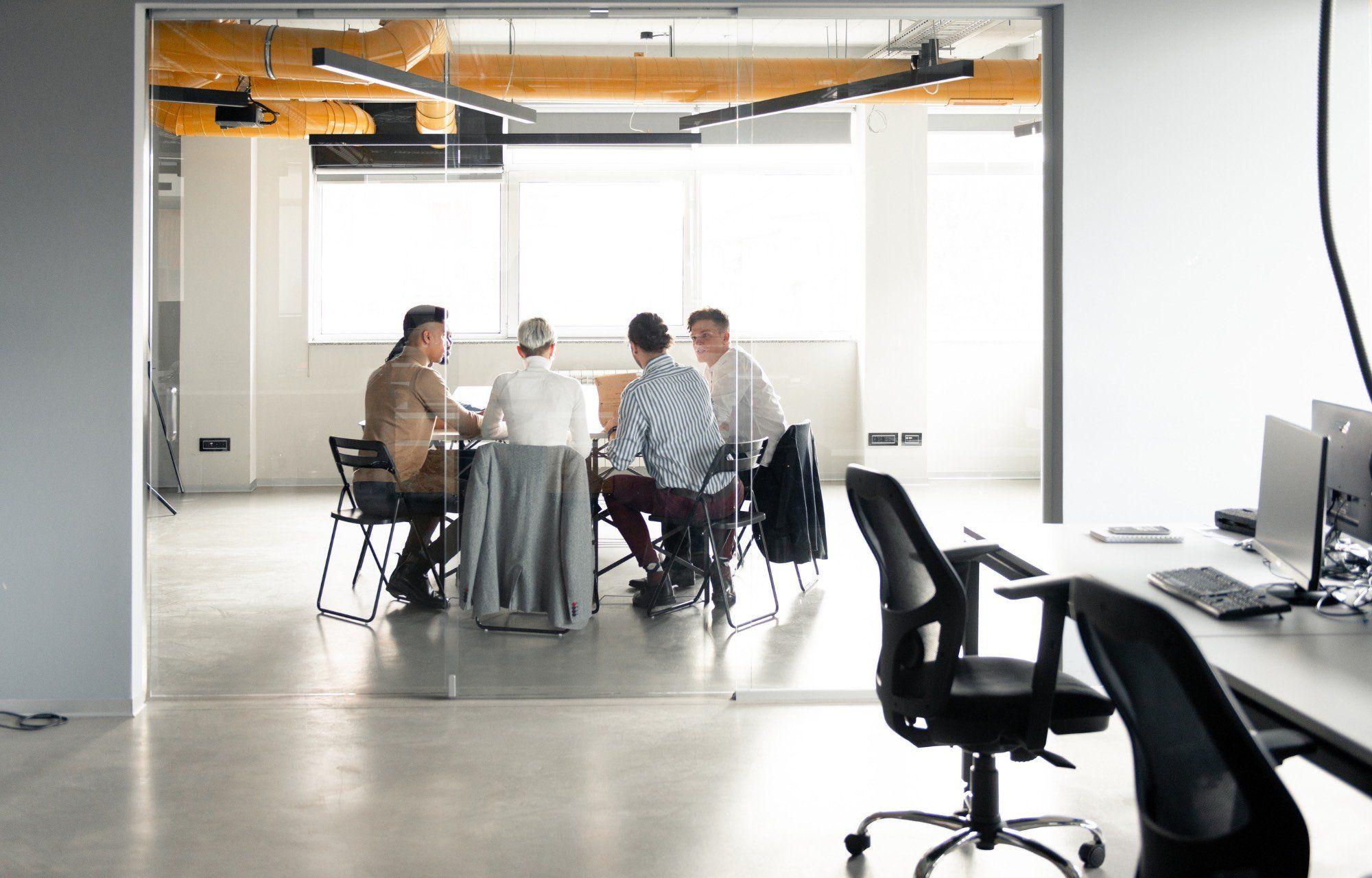 Hi, I’m Johnathon K., a Leland Management Consulting Coach. I am a first-generation college grad and I started my consulting career at Bain & Co. Here is my advice for getting an interview at Bain, I hope you find it helpful! If you’d like one-on-one help for anything related to the consulting application, book a free intro call on my profile to get started.

My first contact with someone in consulting was during the summer after my sophomore year at Brigham Young University. The week before, I had received an invitation to meet with a career counselor to discuss what I wanted to do with the rest of my life. When I arrived at our appointment, I told her about my dissatisfaction with the career options that were available as a STEM major in Biotech and asked if there was anything else I could do to start solving big problems without switching my major. She told me to look into management consulting as a career and suggested I start with the Management Consulting Club on campus first.

I set up a time to call one of the current consulting club presidents to discuss what consulting was, what to look forward to with it, and how to get in. At the end of the call, he asked me to send him my resume, and include my ACT and GPA.

“No, I don’t—is that something you need quickly?”

As you might have guessed, I didn’t receive an interview at MBB during my first year of applying.

There are plenty of resources that cover how to do case interviews, but I’d like to help you understand the most important things you need to do in order to secure an interview in the first place.

So how do you get an interview at Bain? To answer that, let me walk you through how the Bain interview selection process happens.

Overview of the Application Process

Once the interview deadline has passed and all resumes and cover letters have been submitted, the school team lead sends out a PDF containing all of them in addition to an excel spreadsheet with a few columns: candidate name, score, and info.

All of the columns except “score” were already filled and it was our job, as members of the recruiting team, to read through the resume and cover letter and give the candidate a score from one to four. A score of one meant that we should absolutely interview them, while a score of four meant that they were a pass.

That’s all the material we were given. There was no rubric, no additional form, nothing, just “How do you rate this candidate?” I was told that if someone didn’t have the best stats but was going to be a good candidate anyway, I should give them a higher score.

After everyone had gone through the materials, we compiled the scores, averaged them, and then met together in a room for a couple of hours to determine which 20 or so candidates we would recommend to the recruiters. It was then that we were given two criteria for the interviews. The first was, “How likely are they to pass the case interview?” and the second was, “How likely are they to choose Bain & Company if given an offer?”

Everyone was judged against those criteria. This made sense because we knew that the majority of people that applied could probably do the job—consulting is not rocket science—but we didn’t want an empty slate of candidates in the following year.

When we discussed candidates, typically the top seven to ten would be obvious, but it would take the majority of our time to decide on the rest. We’d go back and forth, trying to build our perfect slate of candidates and making sure that we would represent the best that my alma mater had to offer in this class and the next.

Some of the school teams may be a bit more or less scientific in their approach, but that was my experience each year we recruited.

I’ll give you two profiles, and I want you to guess which one got an interview.

Candidate #2: 3.7 GPA, 30 ACT. Accounting undergrad. Only experience was on-campus research and working at the college library. No scholarships to speak of, minimal volunteer experience. No ties to Texas.

Guess who we interviewed?

Candidate #2. Candidate #1 didn’t even get a chance.

Here’s the reason why: We had never once heard of Candidate #1. The first time that we discussed him was in the meeting, and no one had contact with him previously. We didn’t know if he could case interview, if he wanted to move to Bain Texas, or if he was dead set on consulting. He was probably our most impressive candidate, and we let him go.

Candidate #2, however, was someone that we knew. She had reached out in the summer and done some case interviews with a few associate consultants (ACs), and she did well. She had told us that she wanted to go to Bain more than any other place and would take the offer immediately if given it.

The takeaway: It’s not about how good you look on paper at Bain. It’s about Bain placing bets on the most likely candidates to crush the interviews and accept the offer.

It’s great and all that Bain is looking for people who will crush the interview and accept an offer at Bain, but how does that translate into tactical steps for you as a candidate? Well, it translates into networking/casing with employees BEFORE the gamut of students begins reaching out to the ACs. That means you should start at the beginning of May or June and have a cadence of cases every three or four weeks or so. Focus on improving your case interview skills and ask deeper and deeper questions about Bain. If you’re staggering case interviews with ACs, then you may be able to get one every week.

Everyone at Bain will tell you that a networking call or a practice case interview is non-evaluative, that “Don’t worry, this isn’t the interview.” That may be true from January to May, but from June on, it is a bald-faced lie. We are absolutely rating candidates. Remember how the Bainies would get together from the recruiting team would get together to discuss candidates? Conversations in those meetings would go like this:

School team lead (STL): “So, has anyone done a case with Ulfric?”

AC2: “Yes, I have. Ulfric rocks! Overall very solid. Could use a hand on structuring but nothing that would hold him back from succeeding.”

SAC: “Same here, I’ve had a great time casing with Ulfric. He also put Bain as his #1, I’m not sure if he’s even applying to McKinsey, says he doesn’t ‘click’ with them. I think he’s a clear win.”

STL: “Okay, let’s recommend him for an interview. What about Tullius? Anyone case with him?”

AC1: “Well, I do know Tullius from the strategy program. He’s great and all, but we practiced a case about a month ago, didn’t go well.”

Ulfric above succeeded because he had networked the right way. He had multiple people in the room that knew his name and they had had good experiences with them. It was clear that he could pass the case interview and would accept Bain. That’s the person Bain places bets on.

For the first networking chat of the summer, it’s best if you have a warm lead. That can come from your consulting club presidency connecting you with Bainies in an email, from students on campus that have gotten offers, or from friends that are also recruiting. LinkedIn is an okay place as well, but I’d recommend a warm lead first as the hit rate is higher. If my buddy on campus says, “Hey John, you need to chat with Delphine or Esbern, they’re legit!” then I’m going to do so.

The unofficial John Kreider rule is something I call “the Dude Test.” Simply put, how many people at Bain could you call “Dude” and not have it be weird or kinda awkward? If you have three or four, and you’ve performed well on practice cases, then you’re doing it right.

So now you know that you need to network and run cases with employees at Bain, but what are the unspoken rules that put you in jeopardy? Here are a few that I’ve seen.

1. Pinging all the Bainies at once, asking for time

Look, we talk. We have a team chat. If we get the same template letter asking for time, then we’ll give it to you, but it’s not the best route. Better to get warm intros and stagger, ESPECIALLY if one AC refers you to another Bainie.

Every Bainie knows this rule, and it is this: “If you are stuck in an airport for eight hours with this person, are you going to enjoy that time or go crazy?” So don’t be a goober. Social grace, proper grooming, being thankful, etc. are all super important in a client-facing job, and the decision-makers can tell. I’ve told the school team to exclude students (even “dude” friends) that wouldn’t pass the airport test.

Every AC has their cohort of students they are working with, and when August rolls around, not only are we knee-deep in client work (as new Bainies have been coming on and we need to train them) but we also get a ton of in-bounds to practice cases with. If it truly is your first time hearing about consulting (and you’re a ringer) then you get a pass, but otherwise, we simply don’t have the time to case with you.

Odds are that all the interactions have been virtual so far in the summer. This is normal and fine. But when Bain is on campus, go to the events and introduce yourself in person! Make sure they see your face, smile, and banter a bit. That personal connection is helpful.

Everyone will say that consulting recruiting is a crapshoot, and it’s 100% true. However, you can improve your odds by starting off early and understanding what Bain is looking for when they interview candidates.

If you’d like to set up your summer strategy and get some cases in, please reach out to me. Also, if you’re a first-generation college student (FGLI) then I’d ESPECIALLY love to meet you and give you a discount on services. You can book a free intro call on my profile to get started.

Leland provides you with the content, community, and coaching that you need to build your dream consulting career and accomplish other ambitious goals. Sign up today to gain access to additional free resources, community events, small group classes, world-class coaching, and more.